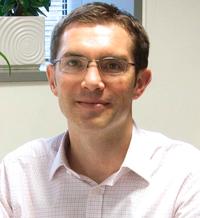 Michael Willis is a Professor of Chemistry and a Fellow of Lincoln College, at the University of Oxford. He graduated from Imperial College, University of London, before moving to the University of Cambridge for his PhD studies, working with Professor Steve Ley, on the total synthesis of rapamycin. He then spent two years as a NATO/Royal Society research fellow at Harvard University working with Professor David Evans. His postdoctoral work was based in the development and application of chiral Cu(II) Lewis acid catalysts, specifically, in the development of new enantioselective Mukaiyama Michael reactions. In 1997 he returned to the UK and he was appointed to a Lectureship in the Department of Chemistry at the University of Bath. He moved to Oxford in January 2007, and was promoted to Full Professor in 2013. His research interests are based around the development of new catalytic processes and their application in synthesis